The SembraMedia Directory represents more than 800 digital media publishers in 20 countries in Latin America, the U.S. and Spain.

Since we launched in 2015, our diverse team of ambassadors have conducted an ongoing, extensive research project to map Spanish-language digital native media in more than 20 countries. (Note: We use the term “digital native media” to represent media organizations that were started online and distinguish them from television, radio, and print publications.)

Our media directory is searchable by a number of filters, including country, audience size, and content type across a wide-range of topics, including investigative journalism, politics, sports, culture, travel, and more. The directory is currently only available in Spanish, but we publish our criteria (included below) in both English and Spanish to make our work more transparent.

Our aim is to develop a community of digital media entrepreneurs and journalists who manage their media businesses with transparency and editorial integrity.

We invite you to recommend media for our directory. We review all submissions to ensure they meet our criteria before entering them into our directory. Our team of SembraMedia ambassadors continue to research, review and update this directory on an ongoing basis. Our team includes representatives from nearly every Spanish-speaking country.

Our goal is to serve digital media entrepreneurs, and for that reason, we do not include digital media that are associated with newspapers, magazines, or television stations. At SembraMedia, we focus on entrepreneurs who are developing digital media startups because we understand that their needs are different from more established media. We welcome all media members and their supporters to learn from our research initiative and we always invite suggestions about how we can better serve this important segment of the digital media market. 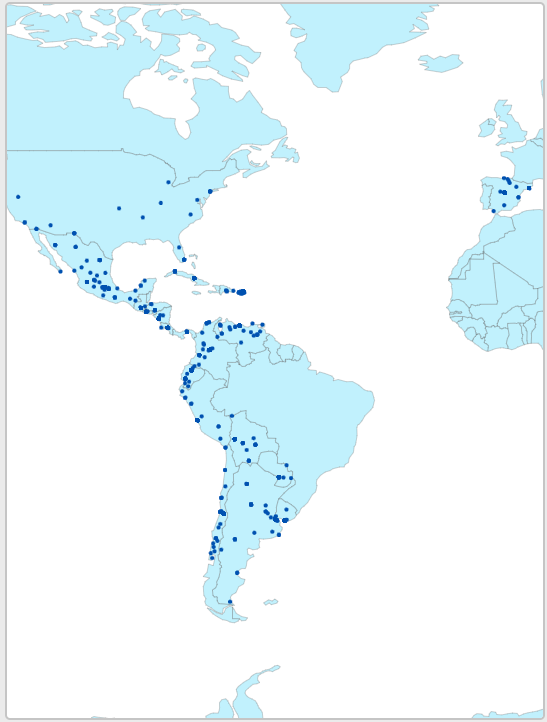 Digital media projects must comply with the following criteria to be included in the SembraMedia Directory:

Digital native: Projects should be digital natives, meaning they were started as digital publications and they publish all (or at least most) of their content online.

Original content: The majority of the content should be original and published by the media organization. We primarily include media that publish content Spanish, but we also include media that publish some or all of their content in other languages that are relevant to the Spanish-speaking community, including Catalan, Portuguese, English, Quechua, Guaraní, Aimara, and Nahuatl, among others.

Non-partisan: The media project must be economically and editorially independent, regardless of its ideological position. Digital media that are entirely dependent on income from the state or a political party may not be included.

Not corporate: The editorial policies and economic viability of the media project should not be dependent entirely on a corporation or a single financial donor.

Transparency: To be included in the directory, we must be able to identify the founders, owners and/or directors and include their names in the media profile.

Social media sites: Media that only published on social media, such as those on YouTube, Facebook, or Twitter, may be included if they share news and other original content that serves the public interest and they meet all of our other criteria.

Exceptions to our criteria

We understand that in Latin America there are political contexts which make it difficult for some media projects to meet all of our inclusion criteria. For this reason, SembraMedia reserves the right to make rare exceptions to the criteria when our team determines it is warranted.

Digital media produced by public and private universities are included if they publish content that has value to audiences beyond the university and they have editorial independence.